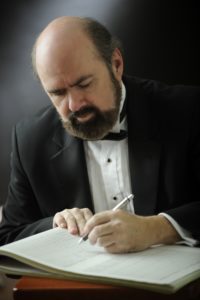 His compositions have been performed throughout the world on film and television. A sampling of recent concerts, recordings, or broadcasts include:

Mass for the Future grew out of a lifelong fascination with technology and how it continues to impact our lives in an ethical, moral, and artistic sense.